Is it any wonder our attention spans are becoming shorter?  You are probably not surprised to learn of this trend, when you consider our increasing exposure to technology, the burden of information overload and the dumbing down of the masses through mass media.  This trend was foreseen many years ago by Nobel winning economist, Herbert Simon.

A wealth of information creates a poverty of attention.” Herbert Simon, 1977

The impact of screen technology

Particularly susceptible are the young.  They rely increasingly on social media to feed their vulnerable sense of self-esteem; and so they enter an addictive cycle of dependency on the feedback they receive through technology.  What has changed here is that in the past, they relied on feedback that came from face-to-face interaction with their friends, family and those they esteemed as role models.

Of course, it’s not only the young who are vulnerable to the effects of exposure to screen technology. Those of us who work long hours in front of a computer screen are also undergoing hidden changes to our brain function!  It’s a scary and sobering thought.

Susan Greenfield, British neuroscientist, writer and member of the House of Lords,  warns us that screen technology is having a significant impact on our malleable brains.  It is causing our brains to change the way they function.  She tells us that the human brain has evolved to its profound capacity due to its ability to learn and adapt to environment.  She tells us that our brains are malleable and are “substantially shaped by what we do to them and by the experience of daily life” 1..

It follows that our growing addiction to technology is altering the way we think and feel. (Our brains are responsible not only for conscious thought, but also for our emotional life) .

An article in the Australian Financial Review published in October 2012 on !!!Sorry, this article now requires a subscription to read it!!! Business beware: technology shortcuts brain power quotes two leading international neuroscientists – Susan Greenfield and American child trauma expert Bruce Perry.  It seems that technology is affecting our brains, our feelings, and our self-image, sometimes in negative ways.

Proof that shorter attention span is linked to technology

A frightening decrease in empathy levels

How terrible is the following? A 2010 University of Michigan study has found college students have empathy levels that are 40 per cent lower than their counterparts of 20 or 30 years ago, as measured by standard tests of this personality trait on 14,000 students over 30 years. The biggest drop has occurred since 2000, and the researchers suggest that possible factors are the rise of social media, masses of on-line information and video-games. (As quoted in the article in the Australian Financial Review published in October 2012 titled “Business beware: technology shortcuts brain power”. Unfortunately, this article now requires a subscription to read it.)

A vicious circle: The Press perpetuates the problem

Carovillano believed “readers lack the attention span for long stories and that too much valuable time is being wasted by editors needing to cut lengthy copy.” Brian Carovillan, Associated Press 2014

Can we say with certainty that the Press both understands that we have shorter attention spans, and contributes to the problem?   In May 2014, as reported in an article in the Guardian (an article you now require a subscription to read – however the essence is indicated here), Brian Carovillano, an executive of Associated Press issued a memo to instruct its reporters to file shorter stories.  “Most stories”, he indicated, “should be between 300 and 500 words while the more important ones should be between 500 and 700 words.” The reason given was that he “believes readers lack the attention span for long stories and that too much valuable time is being wasted by editors needing to cut lengthy copy.”

(By the way, this article is 876 words long including this comment.  I tried but failed to condense it to 700 words without sacrificing what I considered important points.)

So what is “attention span”?

According to Psychology Today,

“Attention span refers to the amount of time we can focus on a task before we start to ‘zone out’. Although a distracting background or a really boring lecture/meeting can definitely make anyone’s attention span run thin, for some people focusing on even the simplest of tasks for a few moments can be torture.”

Well, congratulations on reading this far.  I would say you definitely don’t have a problem with short attention span.  Still, if you want to test yourself you can take an attention span test here !

1. “Modern technology is changing the way our brains work” By SUSAN GREENFIELD. 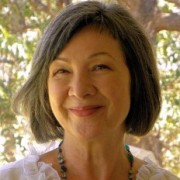 Hi, my name is Jana Brech. I live in Brisbane, Australia. After 20+ years in the IT industry as an Analyst/Programmer, I have a passion for Usability. I love good design. Drop me a note to say hi, or leave a comment. My services: Web Consulting, Expert Reviews

Your audience of one

Hi, my name is Jana Brech. I live in Brisbane, Australia. After 20+ years in the IT industry as an Analyst/Programmer, I have a passion for Usability. I love good design.

Drop me a note to say hi, or leave a comment.

Shorter attention span: the impact of technology on our brains
September 14, 2020

Shorter attention span: the impact of technology on our brains